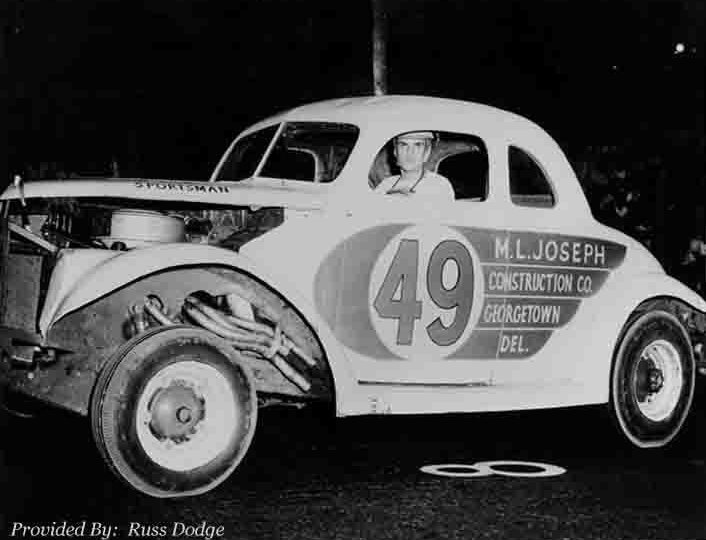 GEORGETOWN, DE – With 2016 ringing in, Georgetown Speedway is preparing to present the Northeast’s first major dirt-track Modified event of the New Year.

On Saturday, March 12, the historic half-mile will host the Melvin L. Joseph Memorial event, paying homage to the Delaware business icon who launched construction of the speedway in 1949. The program is headlined by a 49-lap feature for the big-block/small-block Modifieds of the Short Track Super Series (STSS) Fueled By VP.  A Sunday rain date of March 13 will be in effect.

Georgetown will open the STSS South Region championship battle of ’16 and will also conclude the series in late-summer with the traditional ‘Blast at the Beach’ special on Aug. 30.

In March, STSS Modifieds will race 49 laps for $4,900-plus to win and $490 just to take the green flag in honor of Joseph’s No. 49. Lap money, bonuses and other contingency awards will make the day’s event more lucrative for participants. A number of fan promotions are in the works as well.

“As we open a new chapter in Georgetown’s long history, we look back at the man responsible for constructing the speedway,” Georgetown promoter Brett Deyo said. “Few people have contributed as much to racing in Delaware as Melvin Joseph and we are pleased his family gave us the approval to celebrate his accomplishments.”

Preceding the Saturday, March 12 program at Georgetown is an open practice set for Friday night, March 11. Competitors are urged to test and tune on Friday night in preparation for Saturday’s opener.

Lap sponsorships ($20 per lap), bonus award and other marketing opportunities for the Melvin L. Joseph Memorial are available now. Contact Brett Deyo at 845.728.2781 or e-mail georgetownspeedway@gmail.com to learn more about involvement in the event.

The most recent STSS event at Georgetown took place on Sept. 1, 2015 with local standout Jordan Watson of Milford, Del., besting an all-star ‘Blast at the Beach’ field that included drivers from Delaware, Maryland, New Jersey, New York, Pennsylvania and Massachusetts.

Crate 602 Sportsman will be featured in the afternoon’s program with qualifying and a 20-lap feature paying $1,000 to win, in addition to the Little Lincoln, Delmarva Chargers and Southern Delaware Vintage Racing Club with feature-only events.

The Melvin L. Joseph Memorial will mark the first event under the new BD Motorsports Media LLC management team at Georgetown. Previously, Deyo and driver/racing businessman Eric Kormann leased the speedway for the two ‘Blast at the Beach’ events run during the last two summers. A limited schedule of exciting, special events is set for the ’16 campaign at Georgetown.

A number of ongoing clean-up and restoration projects at the speedway should provide a more fan- and racer-friendly experience.

A new website for the speedway is at www.thegeorgetownspeedway.com. Visit Georgetown Speedway on Facebook, e-mail georgetownspeedway@gmail.com or contact Brett Deyo at 845.728.2781 during business hours for more information.