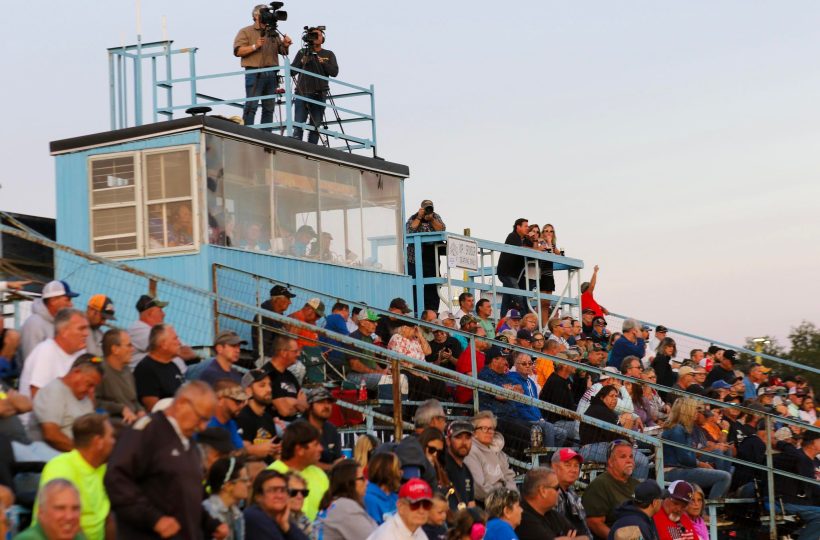 Georgetown Speedway fires to life for its final weekend of racing on the 2022 calendar.

The J.W. Brown Logging big-block/small-block Modifieds and Super Late Models are both on the Thursday night card, each competing for $5,500 paydays.

‘The Frozen Farmer’ chipped in an extra $500 for both the Modified and Super Late Model winners, upping their top prizes to $5,500.

The Camp Barnes Benefit Stock Car Race returns to Georgetown, the site of the first-ever Camp Barnes Race in 1951, for the first time since 1957.

The J.W. Brown Logging Modifieds kick off the most lucrative dirt racing weekend in the history of the State of Delaware. The Modifieds will be on hand for the entire weekend, culminating in a $25,000-to-win main event on Saturday.

Stars such as Savannah, N.Y.’s Matt Sheppard – the most dominant Modified driver in 2022 – will be on hand at Georgetown this weekend along with his closest counterpart, Sprakers, N.Y.’s Stewart Friesen.

Other Empire State stars like Anthony Perrego, Mike Mahaney, and Max McLaughlin will be on hand as well as Canadian Mat Williamson.

The New Jersey and Pennsylvania contingent will be strong as well with Ryan Godown, Billy Pauch Jr., and young guns Matt Stangle, Louden Reimert and Brandon Grosso will be joined by Danny Bouc, Craig Von Dohren and Alex Yankowski.

Local favorites Ross and Amanda Robinson will both climb behind the wheel for the weekend along with the likes of Rick Eckert, Trever Feathers and Jamie Lathroum among others will battle for 25-laps and the $5,500 top prize.

The event will be broadcast live on FloRacing (www.floracing.tv).

Camp Barnes is located at 37171 Camp Barnes Road Frankford, DE 19945 and can be found online at www.campbarnes.net or “like” Camp Barnes on Facebook.