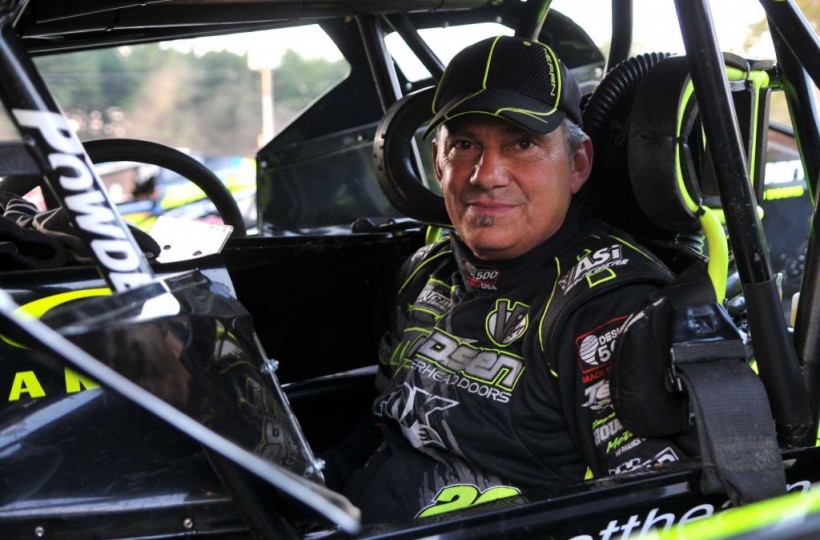 Hearn, the Sussex, N.J., superstar driver, invades the First State for the first time since 2008 to take part in the Deron Rust Memorial at the historic half-mile oval. On Friday, the small-block Modifieds take the limelight in a 33-lap, $3,396-to-win event offering $396 to take the green flag.

“We had a good time racing at Georgetown for the opener with Duane and wanted to get back down there,” Jared Petruska said. “Duane is on vacation this week and Brett was available. We’re looking forward to it.”

Hearn, when contacted by phone, said it had been many years since he won at Georgetown.

“I think I won one there back in 1981,” he reflected, noting his most recent start there was a Super DIRTcar Series event under the Jay James management team on July 17, 2008.

Hearn’s memory was correct. He has two career Georgetown Speedway victories: the first came on November 8, 1981 and the second on May 15, 1988.

Hearn and the Petruska family have a longtime friendship. He drove the car once last season as a sub for Howard in the ‘Dirty Jersey 3’ event at New Egypt (N.J.) Speedway. The pairing looks for better results this time around at Georgetown.

“We ran our open motor for the first time Saturday with Duane at New Egypt (the track’s March 19 opener) and feel good about it,” Petruska said. “Our lap times were right there.”

Bonuses and special awards are adding up to make this prestigious event more lucrative.

Spec Bonuses: The first three Big Diamond/Grandview/New Egypt-sealed engine combinations across the line in the Deron Rust Memorial 33-lap main will share in cash bonuses of $500, $300 and $200, respectively.

American Racer Bonuses: At the pre-race drivers’ meeting, the names of three small-block Modified drivers signed in for competition will be drawn. Each driver will receive a certificate for a FREE American Racer tire courtesy of the speedway and regional distributor Lias Tire of Indiana, Pa.

VP Racing Fuels Bonuses: Three names of small-block Modified drivers will be drawn at the drivers’ meeting. Each driver will receive a $50 certificate toward the purchase of any VP Racing Fuel.

DNQ Passes: Drivers in the Modified and Crate 602 Sportsman divisions that were unable to qualify for the season-opening Melvin L. Joseph Memorial will receive a free pit pass for the March 25 Deron Rust Memorial.

Crate 602 Bonuses: The drivers finishing third, ninth and sixth in the Crate 602 Sportsman feature during the Deron Rust Memorial will receive $50 cash bonuses and commemorative awards courtesy of the Rust family. Additionally, the family has boosted the winner’s share to $700 and there will be a drawing for $100 cash of the drivers finishing 11th-15th.

Lap sponsorships for the small-block Modified 33 are on sale for $20 per lap and can be reserved by e-mailing bdmotorsportsmedia@gmail.com.

All sealed engines will need a pre-race tech inspection by George McKelvey.

There are no pre-registration forms or car entry fees for this event.

Following the Deron Rust Memorial on March 25, Georgetown Speedway will be silent through May 13 when the United Racing Club (URC) 360 Sprint Cars invade. The “one event per month” schedule runs through the summer season.